What Exactly Are Boundaries?

There is a lot of discussion these days about boundaries—in the workplace, at school, in relationships, and even in the real estate market. Webster’s defines boundaries as “something indicating a border or limit.” What exactly is that “something?” In the case of personal boundaries, that “something” is each person. Every person has the right to his or her own space. They have a right to the privacy of their space and the right to not have their space invaded by anyone else.

My first years of teaching were in a grammar school. I taught 7th and 8th grade and spent a good deal of time not so much teaching subjects as reinforcing values. I tried as well as I could to teach respect for each person. Much of the lack of respect that I witnessed centered on a lack of boundaries. This lack of respect ranged from kids pushing and shoving each other to calling each other names and telling inappropriate jokes.

One day, while observing the kindergarten teacher with her students, I heard her say “Everyone take your space!” Immediately all of the children put their arms out as if they were hugging the air. Each child created a little “space” for him or herself. And, students had to move away from each other in order to create that “space.”

How wonderful it would be if we could yell this directive aloud in a subway! There is often a lack of space, but we each must be assertive to make our own space and to be free to use our space for what we need and want to do.

Keeping appropriate boundaries requires respect. Respect is critical to any successful relationship. Below are a several examples of how we can respect each other’s space. Although this is a list of “Don’ts,” it is intended as a positive approach for respecting each other’s boundaries in the context of human relationships.

In talking about boundaries with our children, we need to remind them about the possibility that others do not respect boundaries as much as we do. Teens must be taught to confront other teens or adults who cross their boundaries. By instilling values in our children, and in helping them to recognize and understand boundaries (including forming and protecting their own boundaries), we are teaching our children to recognize when others are violating someone’s boundaries.

Remember to teach your children that “no” means “no.” This important rule cannot be stressed enough. It is foundational in empowering our children of all ages to begin to confront those who might take advantage of them.

Teens, especially, are fearful of not being liked or cared about by others. Teens need to make sure that they have the right to call an adult to task when that adult is violating one of the teen’s boundaries. Teens and adults often feel that in saying “no,” they might hurt the other person’s feelings, might be viewed as selfish, or might risk the anger of the other person. Make sure teens understand that saying “no” to boundary violations is a way to demonstrate respect for themselves.

Boundary setting is not always easy, but an appropriate discussion with your teenager prepares him or her to deal more effectively with some of life’s difficulties—difficulties that might otherwise result in very serious consequences.

This article is not part of your continuing training. To access your required bulletins you must log in using the form in the upper left-hand corner of the screen. Then go to the TRAINING tab. 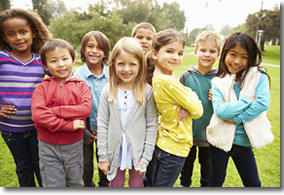